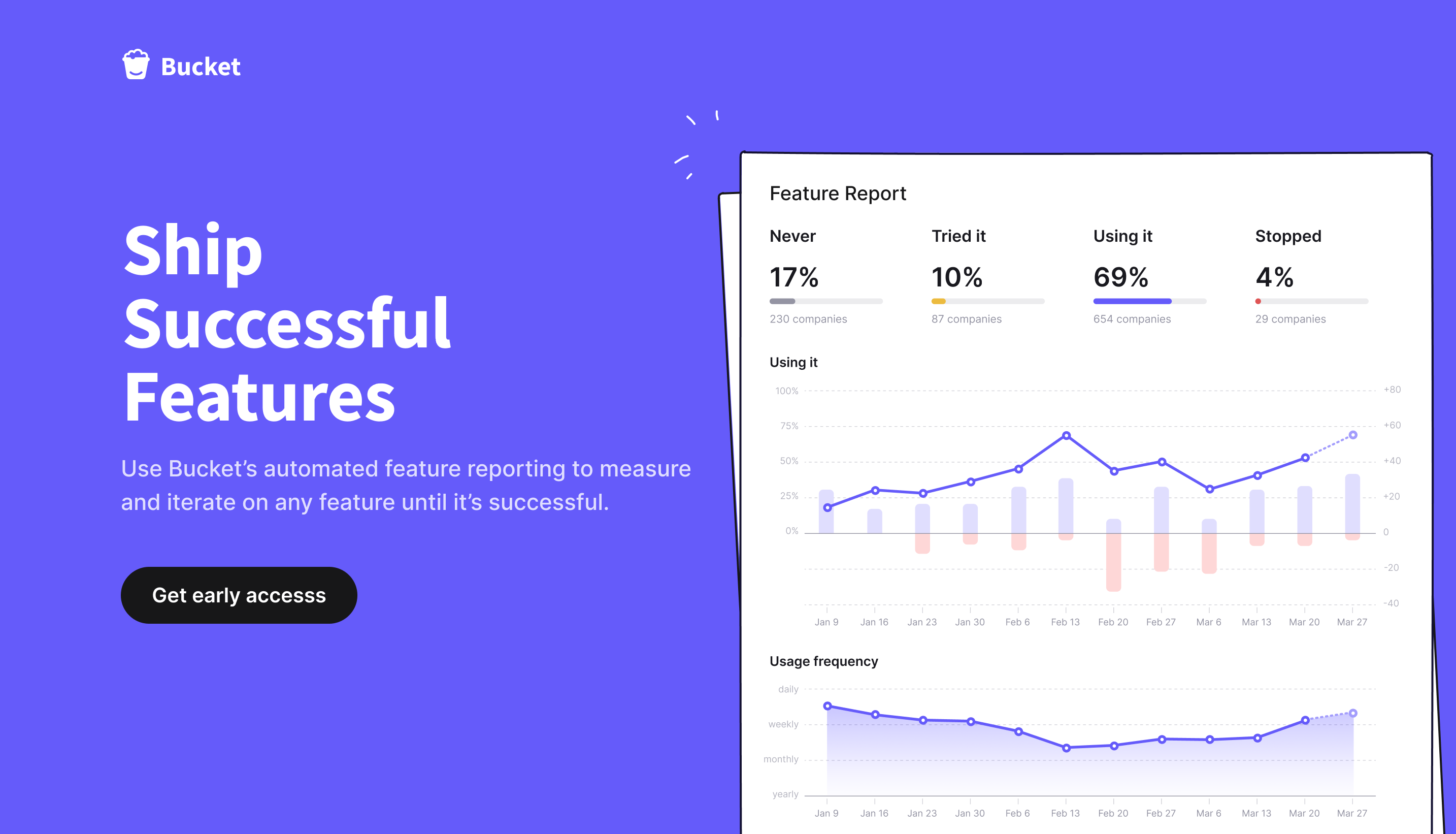 Announcing Bucket 2.0 and our $2m pre-seed round

10 months ago, I released Bucket 1.0, which I was bootstrapping at the time. I got a handful of early customers (<3), but it quickly became obvious that my (somewhat dubious) code wouldn’t be able to handle the load and that Bucket had to mature in order to serve its customers going forward.

The great news, though, was that I was getting product validation and lots of positive feedback, especially from larger organizations. It turns out, once your product team grows past a size of 10, feature evaluation and resource planning becomes a huge pain - and it only compounds as you scale.

During the past decade, the pre-deployment workflow has improved dramatically. Kanban-boards, GitHub PRs, continuous integration, push to deploy, and much more.

Today, we’re thrilled to announce the Early Access launch of Bucket 2.0! We’re just getting started, but Bucket is already the best way to measure and iterate on any feature until it’s successful. It’s built for product managers, engineering managers, engineers and designers.

If you and your team would like an automated, repeatable approach to evaluating features, please let us know on bucket.co/early-access. We’re keen to work closely with early customers to make sure we get everything right before launching publicly later this year.

Our $2m pre-seed round

PS, we’re hiring! If you’d like to work on Bucket with a small, passionate and experienced team, please reach out!

Does any of these feature issues sound familiar to you? At Bucket, we’re addressing all of them with our upcoming product.
Get early access